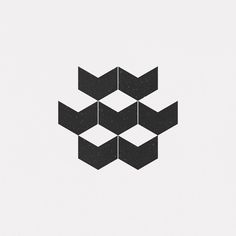 This weekend selection is about defining next steps, intentionality within close relationships and our favorite new singles with strong narratives backing them up.

Hollowlove shares “I Love My Computer” ahead of their forthcoming album. This hardcore analog synth-focused recording is about a “new kind of addiction, a new expression of obsession”. Exploding with tech noises and vocals writhing under an incessant beat, this one’s hard not to come back to.

For fans of: Lilacs and Champagne, Jamiroquai, the Knife

Oregonians Palo Sopraño bring us back to “Stand Still” and allow us to swoon and soak in this nostalgic early-2000s indie pop. There’s still a fresh atmosphere to the band’s latest single: wirey vocals weave in and out, telling some kind of intriguing personal analysis.

For fans of: the Strokes, Franz Ferdinand, Mando Diao

We’re huge fans sleepy surf rock, especially the New York-based project Deep Sea Peach Tree. Their new release “Temper Tantrums” is a subtle jam, one that really pulls you in under specific conditions. Tuck yourself into layers of bedding, dim the lights, light your joint and here we go.

For fans of: La Luz, the Orwells, Cloud Nothings

Toronto’s Skye Wallace shares her new single “Coal in your Window”, a thrilling and sonic revival of a specific kind of punk-driven atmosphere evoking empowerment. Wallace’s sound may have roots in folk, but the rowdy aspects are what make this quite unclear. We’re hooked.

For fans of: Courtney Barnett, POW!, Amyl and The Sniffers

“All Flowers Before Her” is the third single from Chicago psych-pop quintet Lucille Furs. This kaleidoscopic release thrives on harmonies, harpsichords and controlled chaos.

The East Coast smooth-pop duo Dog Trainer drop “The Kids”, their first single from their latest album. This melancholic, danceable song is destined to take listeners back into the 70’s, with the top down in a convertible, speeding down the highway.

Upbeat fuzzy pop takes the shape of something beautiful with Glom’s “Tell Me Who to Be”. The lyrical content “captures feelings of reflection and bitterness”, but still encourages growth and progress through a tone that feels like both sarcasm and nostalgic.

For fans of: Yuck, Smith Westerns, Guided by Voices

Tim Carr’s latest release, “Unconscious” is a sonically whimsical song about psychological triggers and the possessive nature of deep-rooted anxiety. The Los Angeles based singer, composer, producer and multi-instrumentalist is inspired by the likes of minimal folkesque songs, African rhythms, melodies of the French Romantics and 60s pop.

“Wastin’ My Time” is Sam Florian’s fifth single. The narrative takes us on an all-too-familiar experience in being in a relationship you’d like to get out of because it feels you’re just wasting your time. Though it includes such a provoking story, this synth-slow jazz escapade is the easiest to sway to.

For fans of: Alvvays, Munya, slenderbodies

Laveda release “Dream. Sleep.”, a shoegaze-focused single that builds upon itself under some important topics, all encompassing the theme of growth. Listeners are met with both moments of high energy and quieter, introspective pauses.

For fans of: Seapony, the Radio Dept., Veronica Falls

Stranger On The Bus is a psychedelic synth-pop project from Melbourne, Australia. Their most recent release, “Crazy XS” is a perfect example of what you get when you mix 90’s boy band vocals with our newly beloved bedroom pop atmosphere. Blast this over nostalgic teen sitcom episodes, and you’ll be on your way.

For fans of: Neon Indian, No Vacation, Feng Suave

Seattle singer/songwriter Mark Diamond debuts with “Steady”, an addictive pop offering from the young artist whose biggest concern is bringing out some kind of emotions from his listeners. We’re definitely feeling something.

For fans of: Harry Styles, the Neighbourhood, the 1975