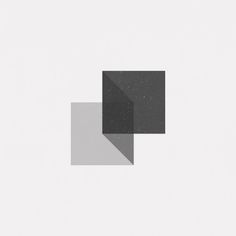 This weekend selection marks the beginning of something, evokes a lightness through tough emotional narratives, and shares a significant amount of human vulnerability.

Audio Dope is a project inspired by late 90’s hip-hop tracks and genre-hopping experimentation. “Nighthawk” is a meditative and very much energizing offering of what the producer has to offer.

Norwegian Deep-house-pop producer Simon Field drops his latest, “Shake The Tree”, an admittedly big dance hit, though there’s something outwardly different about this one.

For fans of: Odesza, Kaytranada, Kaskade

Synthetic World 859, also known as 859, is a futuristic-synth band rooted in pulp science fiction. “ENV” was written and shared for collective fascination for what our future holds.

For fans of: Lilacs and Champagne, Sacred Tapestry, Boards of Canada

“The Sweet Smell Of Bridges Burnt” is a vaporwave-drenched, delicate excursion from the mysterious BatWhaleDragon.

Dark, confronting, and brooding, The Heavens share their unforgettable release inspired by the vampire myth, “Birth of the Vampire”.

BYSTS, an LA-based obscure-gaze duo, release their heavy-hitting single “You Get What You Give” and give us a jam to run around the city to.

For fans of: Bass Drum of Death, Metz, A Place to Bury Strangers.

corrections, the solo project of Sam Nicholas, offers a new moody single for listeners to consume. “When It’s Over” is dramatic, dark in its atmosphere and full of soaring phrases.

For fans of: Wild Nothing, the KVB, Trisomie 21

Singer-songwriter-producer Camarano has a distinct charisma to his sound. “When I had Infinity” is a catchy indie pop dream.

For fans of: Alvvays, War on Drugs, Voxtrot

For fans of: Real Estate, Whitney, My Morning Jacket

Coming from the woods of Norway, singer-songwriter Simen Mitlid shares his own lush folk. Self-produced and recorded in his hometown, “Saturdays” is the first single from the new album.

For fans of: Sufjan Stevens, Fleet Foxes and Patrick Watson