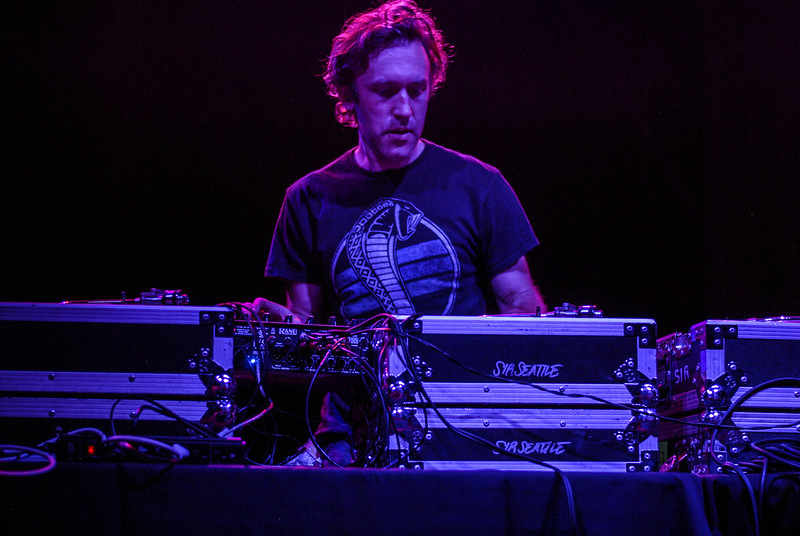 RJD2 at the Crystal Ballroom. All photos by Aaron Sharpsteen

When RJD2 took the stage of the Crystal Ballroom, he was adorned in a light-up speedsuit with an MPC on his hip and a facemask over his head. Speaking through the vocoder installed in the mask like some kind of robot, he proceeded to strike poses and barrage the crowd with hip-thrusts as he crafted beats with his fingers in an impressive display. All the while, a line of turntables and DJ equipment stood behind him, and after about 5 minutes of his beatmaking-robot act, he disappeared behind the tables and emerged as a human, ready to deliver funky fresh beats for over an hour.

The set was solid enough, and most of the crowd was moving and vibing, but there was a fundamental disconnect between the music and its production. Fans of RJD2 know the musician to produce beats that are perfect for couch-locked, hazy afternoons, night time drives, and chill sexy times. However, in a live setting, he happens to produce these sounds by somewhat frantically running between a line of 5 or so turntables and crossfaders along with a laptop and some other equipment. The effect is a kind of tension between the energy RJD2 expends making the music, which is plentiful, and the vibe of the music itself, which is mostly chill. Any audience members who wanted to participate in RJD2’s onstage energy would have found themselves dancing at a much higher tempo than the music that was playing. Of course, this might be part of the show, an arrangement which illustrates just how much work being a DJ really is, but, does anyone want to marvel at that and also dance at the same time? 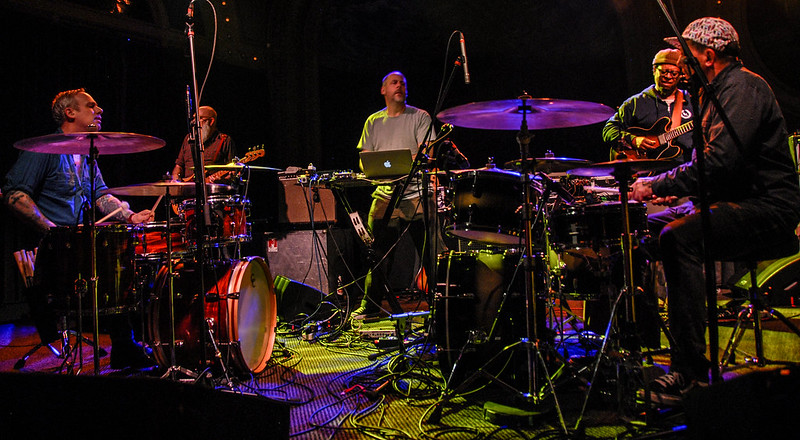 Tortoise Tortoise The night belonged to Chicago instrumental legends Tortoise from the moment they took the stage. As they built up the sequence of opening notes that comprise Geascap, a newer song, drummer John McEntire took the stage, sat down behind the kit, delivered a 1000-yard stare, and proceeded to lay down a beat so simple and pristine that every head must have been bobbing by the second measure. Longtime fans of the group no doubted expected this breathless display of taste and musicianship, but newcomers had no choice but to be immediately sucked in.  Over the course of their set, almost an hour and a half, the musicians continually switched instruments and arrangements, composing all of the material together in an exhibition of tightness and skill that must leave other groups envious. Tortoise has always been what happens when 5 world class musicians come together to create modern musical art, and they did not disappoint in Portland. 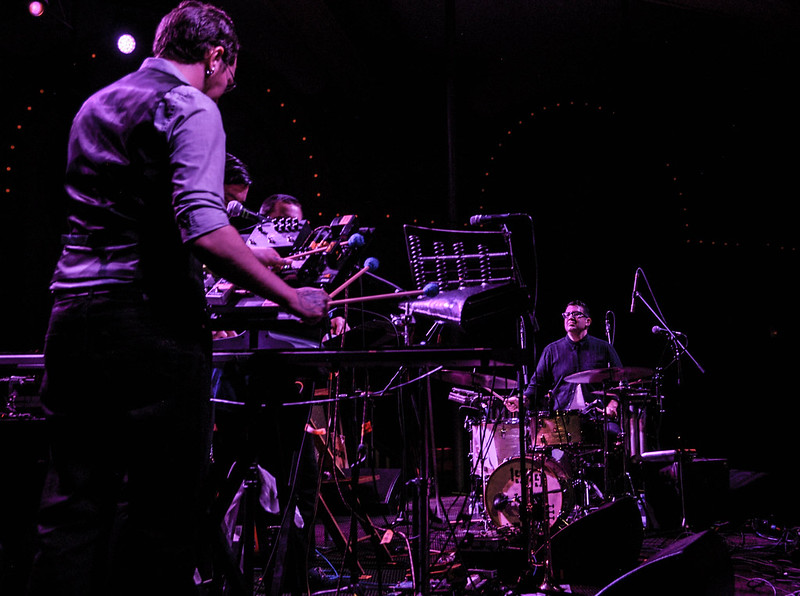 Portland’s own 1939 Ensemble opened the show with an equal measure of bombast and grace and surely made new fans out of those who were there for Tortoise and RJD2 alike. The former’s influence on the band was unmistakable, with intricate and jazzy compositions led by a world class rhythm section. While Tortoise has multiple members who can hold their own on drums, 1939 Ensemble’s main man behind the kit is Jose Medeles, with percussionist David Coniglio occasionally sitting down behind the set. As a fan of the band since their inception, I can honestly say that they were very good when I first saw them and have only gotten better since expanding to a quartet. If Tortoise represents a classic generation of post-rock, instrumental bands, 1939 Ensemble represents a bright future. It was a joy to take in a show which featured their juxtaposition.