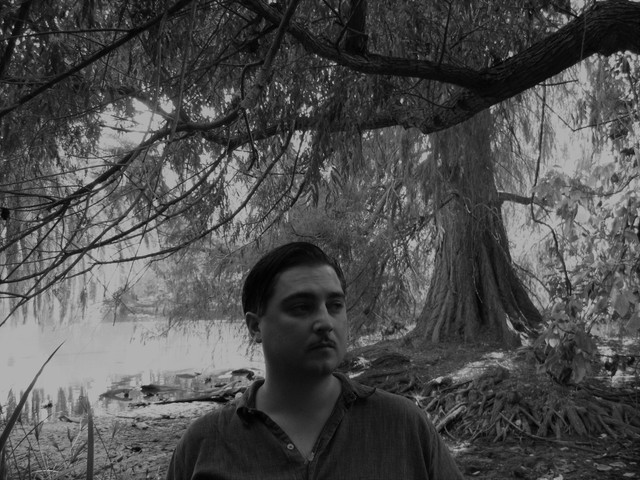 Lofi-psych artist Myers Rooney immediately caught and held onto all of our senses with “I Hope It Is Only a Room”. Rooney’s vocals sway through the nostalgia-tinged single, where delicate guitar picking dances around the singer songwriter’s lyrical hesitation. “I Hope It Is Only a Room” is just a taste of his upcoming album To Bleed, which will be released on White Buildings Records December 18th.

Rooney’s debut album Among Unlovers was released in 2018, featuring an introductory collage of honest warmth. He notes a wide range of musical influences, such as Leonard Cohen, Roy Orbison, Modest Mussorgsky, Johnny Thunders, Elliott Smith, and The Kinks. We think fans of White Fence and Vashti Bunyan will be pleased to discover this as well.

SSG had a quick chat with Rooney to find out more about this new single and his upcoming album. Read on for the full conversation below ~

Myers Rooney · I Hope It Is Only a Room

Could you tell us about “I Hope It Is Only a Room”?

Myers Rooney: The song is really just about places, rooms, houses, and the way new unknown places, specifically eerie and uncomfortable ones effect me and give me a sense of doom and horrible anxiety haha. It’s strange but one of the most nightmarish situations for me can be a poorly decorated room or one in which I feel I don’t belong whatsoever. Four walls and gross furniture can have a surprisingly profound effect on mood and well being. And they can change the course of a day or trip or the tone of a relationship.

Was there any intentional link to the current global pandemic situation?

Rooney: The song was finished a bit before I was even aware of the virus so it had no connection. Being a hermit makes all the stay at home orders etc. a lot less impactful haha. And being slightly agoraphobic and struggling with the choice of either venturing outside and potentially benefiting from a temporarily uncomfortable situation/environment or staying inside my apartment where I am comfortable and in control is something I mull over regularly.

I wonder how many other listeners will have a different relationship with it because of the context.

Rooney: I know! Haha. It definitely resonates now more than ever. I hope people who might have otherwise not related to the concept do now if light of forced isolation of sorts.

How does “I Hope It Is Only a Room” compare to the other songs on To Bleed?

Rooney: As for this song in particular, it is much more lively and even more catchy than most of the material on the record. There are a lot more slow and soft folk influenced songs on this and “I Hope..” tales more from my 60s psych and garage influences than any folk, singer-songwriter, or classical influences. Lyrically it deals with some of the same themes I always obsess over like mental illness, anxiety, doom, forests, flowers, rural settings, etc haha

What are your plans in moving forward musically, creatively?

Rooney: As for moving forward musically, I only hope to get better at songwriting and have patience enough to not rush a song or album and smooth out any imperfections. I’ve had a tendency to blow through songs when recording because I write so much.

Where has your inspiration come from with past work, and how does it contrast to how you write now?

Rooney: I’d say the main inspiration difference as well as lyrical content differences would be that my newest stuff keeps getting more poetic, romantic, and abstract as opposed to straight forward and easy to manage. More figurative language as well as more occupation with spaces and places (architecture, nature, forests, etc etc).