We talked with Rasmus Bredvig, founder of Tapetown Studio in Denmark, on his experience in running an alternative space for non-commercial music. Read our full conversation below.

SSG Music: First, can you tell us a little bit of history on how the studio came to be and how you’re involved?

Rasmus Bredvig: I founded the studio myself – mostly as an attempt to create somewhere music could be created and allowed to flourish free from the “rules” and industry opinions on how a record should sound.

Often alternative genres stand in the shadows of mainstream music and what niché is trendy at the moment. I want to build a place where artists can create their music as genuine as possible, as raw as possible and with as much nerve as possible. And I want to be able to help it reach as many people as possible.

I’m a musician myself and I’ve always had people tell me that ‘you should do it that way if you want to succeed’ or ‘this is how it’s REALLY done if you wanna get anywhere’. Every time someone would say this, I would have this voice saying ‘fuck you and your rules. I know there’s another way. I just gotta find it,’ and every time I would get the urge to push even more in the opposite direction.

Tapetown became the ‘experimentation grounds’ for building a world where those rules don’t apply.

SSG Music: Can you specify what the “rules” and industry opinions on how a record should sound have been in your experience since working in the industry?
Bredvig: A lot of mainstream music is made to be appealing to the majority. It’s the job of big labels to have the music reach as many people as possible to make as much revenue as possible. I completely understand it – the wheels have to be spinning, some more than others.
Choices, in the production, are often made based on what is known to work and what is easy to comprehend for the brain – I’m not saying everything are shitty choices. There are lots of mainstream songs that sound amazing and that I myself wouldn’t want to change the production of – because that production was exactly what that song needed.
However, in the big picture, this also leads to some really boring decisions sometimes. Bands, producers, managers or labels will make ‘safe’ choices to not scare anyone away. ‘We have to also make sure that they’ll play it on the radio’ is a sentence you often hear someone say.
Fuck the radio – you’re playing alternative rock, no one who likes your music is listening to the radio anymore. Be yourself, be unique and don’t be afraid to scare some people away. As long as it’s good and has passion you’ll make it.
I’m not saying you shouldn’t aim to succeed or sell enough records to make a living, I just think that you should be making your music based on what you feel is right instead of what you think will get you the most money and fame.
SSG Music: How have you personally combat those that you disagree with, in creating Tapetown Studios?
Bredvig: I honestly don’t care if people don’t like what I’m doing. I’m not doing it to please them or anyone else. I’m doing it because it feels right to me and if anyone wants to join [then] they’re more than welcome.
Sometimes when creating something that stands out over time, [this] means that you’ll have to go through a period of being alienated. When someone didn’t believe in my ideas, it only made me want to push on even more.
I believe in what I do and if ever I’m in doubt, I have some good friends whose opinions I trust and value very much. 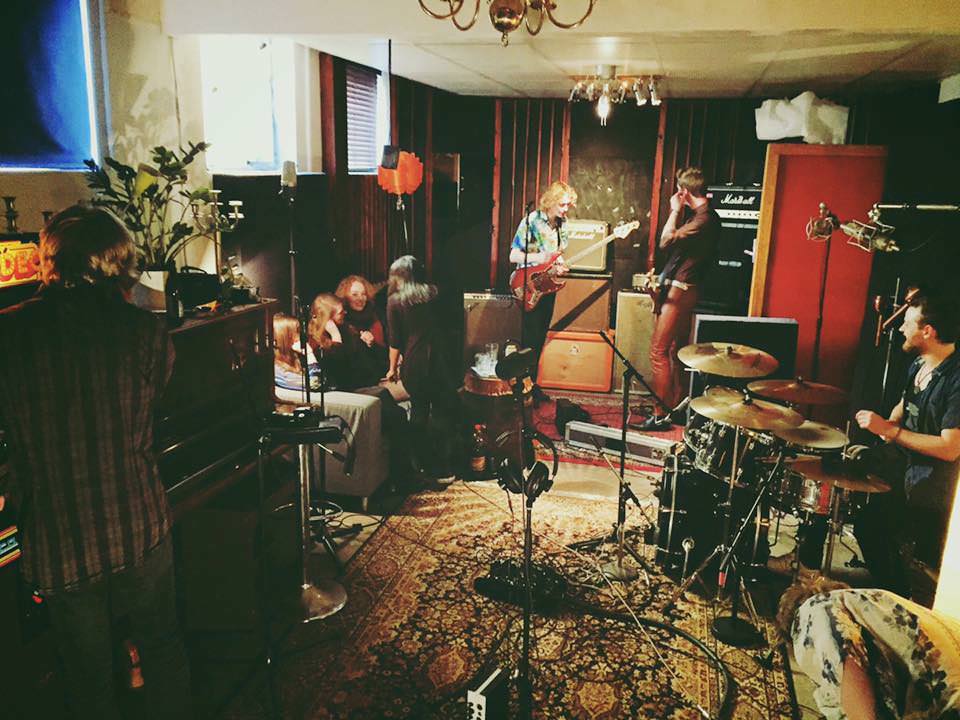 SSG Music: We’d love to hear about Tapetown’s unique approach to recording bands and how you curate the videos/sessions you’ve had so far. Is it personal taste? Whoever comes through town?

Bredvig: Well for the approach, I focus a lot on getting the vibe of the artist and understanding what the music is supposed to do – every band is different. They have different tempers, different ways of interacting socially. I account a lot for these things instead of geeking out over all kinds of gear. All equipment pretty much work the same way – it’s the bands that are different and unique. That’s where my focus is.

Bands for the ‘Live at Tapetown’ sessions are a mix of my personal taste with an aim to make it somewhat diverse. It’s all bands on tour, mainly foreign bands playing shows in Denmark during their European tours.

In the future, there will definitely be a lot of variety in acts, but I think most followers will find a connection with the majority of the acts that visit us.

SSG Music: What advice would you give others in order to find funding for a similar vision?
Bredvig: You don’t need money, you just need willpower and a vision for what you want – it doesn’t even need to be clear-cut, an idea or feeling of what you want to create is enough to go on.
I never had a clear vision, I just knew I wanted to create music that had passion.
Most of the time building Tapetown, I was broke. For more than two years I slept on a mattress behind the couch of the first real studio I shared with some friends. There were rats gnawing their way through the walls eating food that was left out. Back then I didn’t know how the future would pan out.
My best advice is simply to not give up – a lot of times the good is just around the corner from a shitty period. Find your passion, keep working at it and always make sure you treat people you meet with the same amount of respect.
What really helped me build Tapetown was passion, not giving up and a lot of good people being there for me along the way. 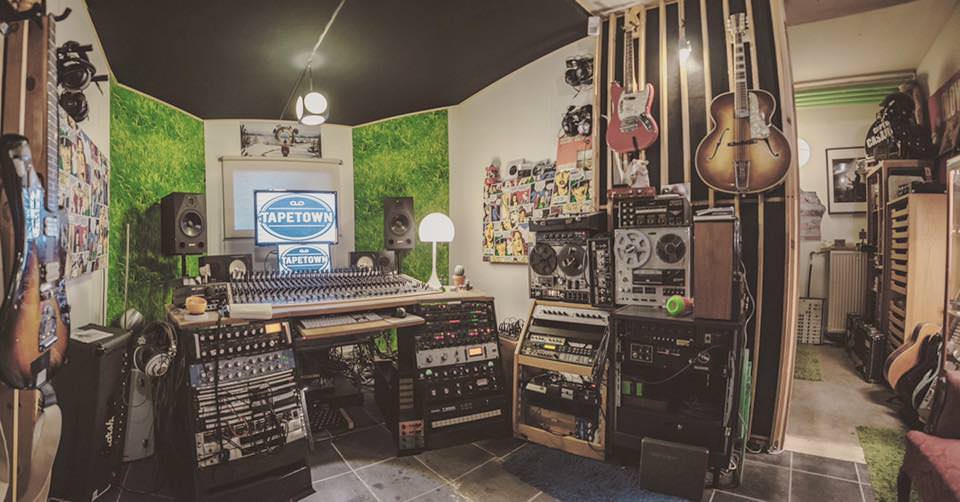 SSG Music: Who are you listening to right now?
Bredvig: Right now, besides all the music I’m currently working on, I’m listening to some older METZ stuff and Velvet Underground.
SSG Music: So far, what have been memorable and stand-out moments in these sessions at the studio?
Bredvig: I remember the low key moments in between recordings the best – when people are joking around and exchanging stories. When we’re recording, you slightly get lost.
Watch Ulrika Spacek‘s “Everything, All the Time”, live at Tapetown Studios below.